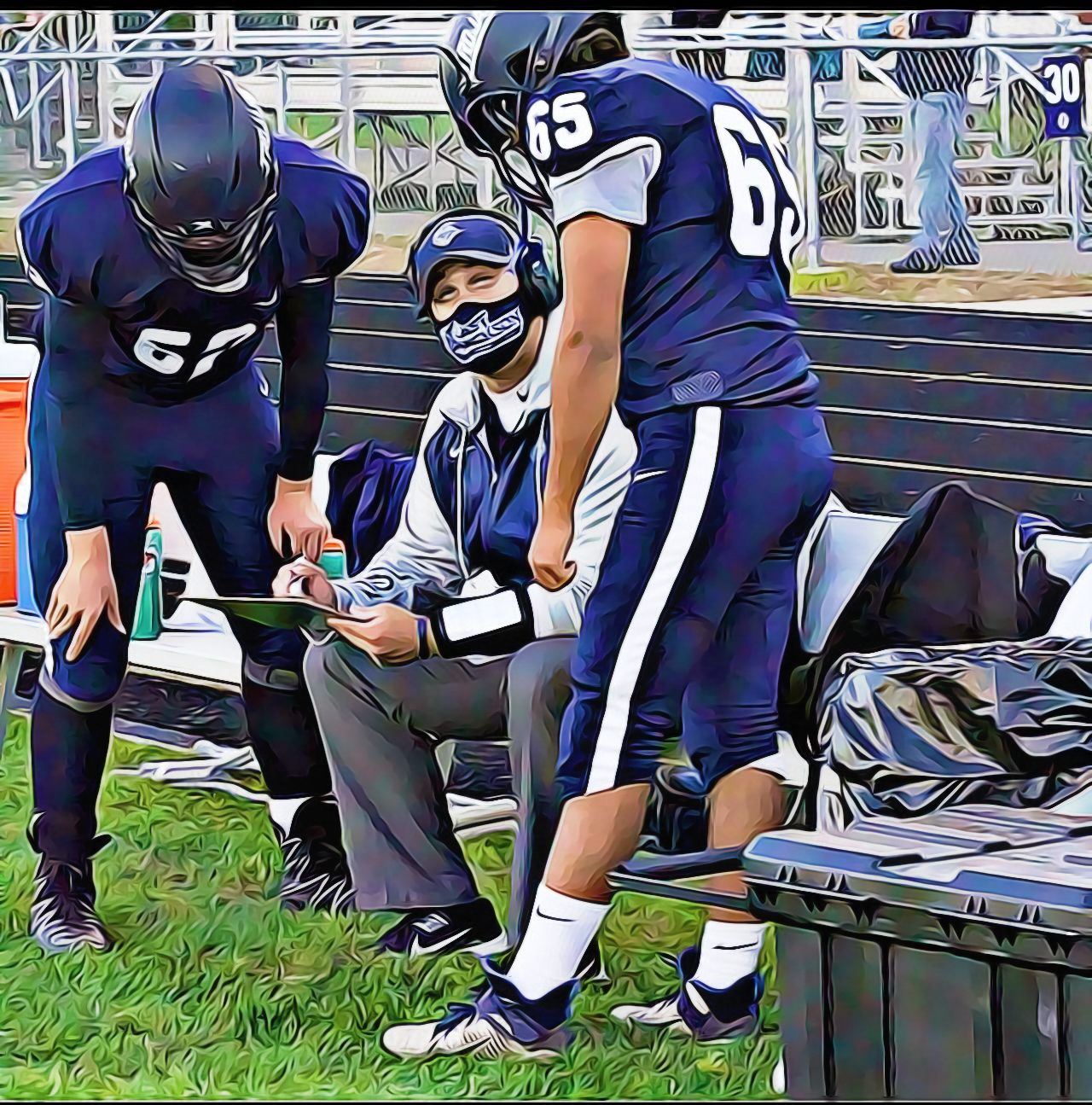 The East Jackson football program will have a familiar face guiding the way in 2021 as Joe Niehaus assumes the reins after acting as the team’s offensive coordinator during the truncated 2020 season.

The decision follows the recent revelation that previous head coach Jeff Punches would be stepping down from his post to focus on his duties as athletic director at East Jackson High School. Punches commanded the Trojan program during 2018-2020.

“My aim all along was to coach for four to five years,” said Punches. “There were particular areas I wanted to change when I took over. I wanted to enhance the weight room, the strength training program, the football equipment, and the atmosphere. I feel that I did all of those things. When I took over the equipment was inadequate. I worked with East Jackson superintendent (Steve) Doerr and the athletic boosters to raise money to purchase new helmets, shoulder pads, and jerseys.

“Joe (Niehaus) joined the staff last year and I made him the (offensive coordinator) so that he could develop abilities needed to be a head coach. With all that transpired this year, I felt the time was appropriate to step down and recognize Joe for what he has done for EJ. I feel he has the expertise, desire, and determination to continue the ascent of the football program.”

A good head start on his coaching career should help Niehaus and the Trojans hit the ground running for the 2021 season.

“Jeff was great,” said Niehaus. “He really allowed me full license right away to run the offense that I wanted, but the scheme in that I wanted, and he was open and honest from the beginning that he didn’t know how much longer he was going to be in coaching. He wanted to spend more time with his family and was quite open about allowing me to take command of some areas and build the offensive how I wanted to.

“I really liked how much flexibility he allowed me, and I think that will help me get a head start at East Jackson as the head coach.”

Niehaus was a two-time letterman at Grass Lake High School as an offensive lineman from 2010-11 and a four-time letterman at Defiance College from 2012-15. He subsequently served four years as a varsity defensive line coach in 2016-19 and the head junior varsity football coach from 2017-19.

“I learned so much from my time at Grass Lake,” said Niehaus. “The main thing that Coach (Randy) Cole has taught me is patience. When you’re dealing with high school kids, you have to give them time to absorb things and understand what you’re trying to achieve. At the collegiate level, you are expected to either catch on quickly or you are replaced.

“At the high school level, you have to figure out what every player is excellent at and put them in a position to succeed. Not everyone’s designed to accomplish anything, but you need to be able to plan around your guys and help them develop till they can be varsity contributors by the time they graduate.”

The understanding required to be a great offensive lineman has put Niehaus up with all the skills and employment experience needed to help every position group as the program’s leader.

“Being an offensive lineman during my playing days definitely helps as a coach because you have to know what everyone is doing in order to be a successful offensive lineman. Now, as a coach, I want to sit in a lot of various position group meetings and have a better sense of what is required of everyone.

“I always want to learn more, so when I got to Grass Lake, they had me take over at the defensive coordinator on the junior varsity team and I got to learn that side of the ball a little bit more and I think that really helped me understand defensive concepts better, which ultimately made me a better offensive coach in return.”

The Trojans were 1-6 during the 2020 season but scored more points (103) in a shorter season than they had in three of the previous four seasons. Niehaus is certain the framework is already there for East Jackson to find success in the future.

“The players are there, the framework has been built, and Jeff has done a tremendous job of getting things turned around here He helped get the program created, so now, the greatest issue is having a culture of winning entrenched. We’re attempting to build a culture of delivering your best effort every day, even when you don’t feel like you can offer your best on a specific day. It all starts with adopting a winning mindset each day.”

“It’ll be excited to watch some of these players continue to improve following last season. I think Austin McKessy had a terrific season last year. He’s arguably our greatest athlete and he does a little bit of everything for us. We’ll probably employ him in numerous roles both attacking and defensively. We’re also thrilled about individuals like Bryce Johnson on the offensive and defensive line, Cooper Pelton as a wide receiver, who has worked extremely hard this summer, and we have a couple of kids coming up from the junior varsity program who we are eager about watching how they grow as well.”